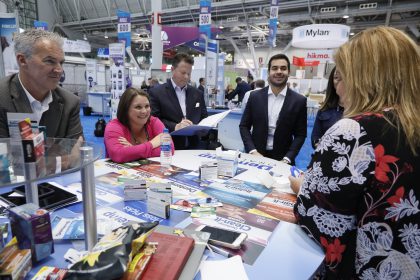 All manufacturer, supplier, services, sales and marketing, and consulting companies must have their own booth space in order to attend. Booth space fees include one complimentary registration per 100 square feet.

​Other Ways To Purchase

Return your forms via the U.S. Postal Service 1st Class or Priority Mail. Other overnight delivery services cannot deliver to this address.

For fastest processing of your application, email the completed form to exhibits@nacds.org.

Custom booth sizes are available on request. Please contact the NACDS exhibits team for more information at exhibits@nacds.org or 703-837-4320.

Private Meeting Space is only available for companies reserving a minimum 10×20 booth. Availability is limited.

All booth cancellations and requests to downgrade contracted booth and meeting space must be submitted in writing. Exhibitors who are unable to occupy and use the contracted exhibit space should forward a completed “Booth Cancellation Form“ or letter to the NACDS Exhibits Department. Cancellation form or letters may be emailed to exhibits@nacds.org.

Please read and familiarize yourself with the Total Store Expo Rules & Regulations prior to registering for the conference.

The Total Store Expo was easily the most influential trade show that I've attended. Many of the most important companies for our industry were represented at the show, and I met with several of the top decision-makers. Just a few months after the show, we have already received orders from a few of the companies that we met at Total Store Expo. Just make sure to put in the time required to send personalized emails to each of the companies you wish to meet, as preparation is key to a successful show.